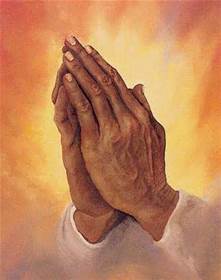 A Celebration of Life for Gladys M. Carlisle, 80 of Decatur will be 1:00pm  Sunday at Westside Missionary Baptist Church with the Reverend Henry Brown officiating and inhumation in Sterrs Cemetery.  The body will lie in repose one hour prior to funeral. Public viewing will be Friday from 2-7 and Saturday from 10-6 at Reynolds Funeral Home.

Born October 16, 1938, she was the daughter of the late George and Martha Rather Gibson. She died Monday September 2, 2019 with her family by her side when she drifted off to be with the Lord. As a lifelong resident of Decatur, AL, Gladys attended the Morgan County Training School and was a graduate of the Wenonah Trade School in Birmingham, Alabama.

At an early age she professed her faith in Jesus Christ and joined New Jones Chapel Church where she was a dedicated member.  At New Jones Chapel, she served as a Treasurer, Trustee and Historian.  Her ministries included the Steward Board, Missionary Board, Choir, organizing various church programs, overseeing the kitchen, cleaning the church and taking care of whatever was needed.  Gladys had the honor of  serving as the Mother of her church.

Gladys met the love of her life and married Nadis Eugene Carlisle, Sr. on December 25, 1950.  However, he preceded her in death after 30 years of marriage.  This union was blessed with five children.

Mrs. Carlisle was employed at Lurleen B. Wallace Development Center as a Unit Supervisor, retiring after 25 years of service.  After a distinguished career, and because of her servant's heart, she started serving aging adults as a volunteer at NARCOG.  Her true passion, what God had gifted her to do, was helping those in need.  She became a “guardian angel” to many families in the community who needed assistance. Her tender and quiet spirit will forever influence and remain in the hearts of those she touched.

She was preceded in death by her parents, sister Ella, and three brothers Thomas, James and Edmond.

To send flowers to the family or plant a tree in memory of Gladys Mae (Rather) Carlisle, please visit our floral store.